Whilst researching this project, we was always aware that researching the lives of 34 firefighters was not going to be an easy task and that the likelihood was that for some, we were going to be unlucky and not find any living family members. Firefighter Ronald Mark Bailey was sadly one of those men. We hope that as this website grows and more and more people find the site and make connections of their own, that maybe a descendant of Ronald’s will get in touch and hopefully be able to share with us a bit more about his life.

Ronald Mark Bailey was born on 4th August 1915 in Balham, the eldest son of Mark Bailey and Violet Rosina Bailey, née Mann. He was baptised on 29th August 1915 at the Church of the Ascension, Balham Hill London. The address given for his parents was 28, Dinsmore Road and his father’s occupation was recorded as Foreman.

In 1917 Ronald’s younger brother John Henry Bailey was born, and was baptised at Christ Church, Mitcham. His father Mark is described as a railway clerk and the address given was 14, Robinson Road, Mitcham.

The electoral register for 1918 shows Ronald’s father Mark living at 14A Robinson Road, Mitcham in 1918, along with his parents-in-law George and Annie Eliza Mann. We might assume that Ronald’s mother Violet would have lived there too, but being aged under 30 at this point she wouldn’t have been eligible to vote, and therefore not listed on the register. In the electoral registers for autumn 1919 to 1922, only Mark is listed as living at 14A Robinson Road, not his parents-in-law.

There is then a gap in the family’s story until 1931, which shows the family had moved to 10, Waldo Place, Mitcham, Surrey. 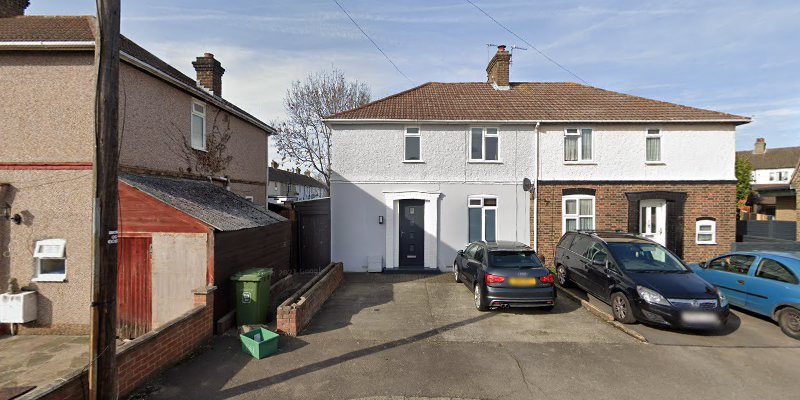 The 1939 Register shows the family still at this address. Mark’s occupation is given as railway market inspector; Violet is listed as doing unpaid domestic duties; Ronald was an assistant buyer of babies’ prams (and also listed as a member of the Auxiliary Fire Service, Mitcham); John was a butcher’s clerk, Phyllis a confectionery manufacturing clerk and Irene was recorded as a general stores clerk. We can tell from this record that at sometime at the end of the 1930’s, around the onset of War, Ronald answered his Countries call, for everyone “to do their bit”, by volunteering to sign up with the newly formed Auxiliary Fire Service.

Prior to the start of WW2 the Government recognised the fact that the threat of War was imminent and that they were poorly prepared for a second World War. The Government acted swiftly with the Fire Brigade Act of July 1938 which demanded the recruitment of an auxiliary fire service as part of the country’s Civil Defence Force. As the nation’s capital, London was a natural prime target. Dockland warehouses packed with highly combustible oils, grain and timber were clearly a risk and the narrow maze of streets would provide an easy path for the fire. It was obvious that a large number of firefighters would be needed to prevent London becoming little more than a smoking ruin.

The answer was to expand the regular Fire Brigade by forming an Auxiliary Fire Service. By 1939 about 28, 000 men and women had joined the AFS and regular firefighters, who had been trained as instructors, put the new recruits through 60 hours intensive training. Originally recruits were unpaid volunteers, but eventually the men were paid £3 per week, women received £2 per week, with youths under 18 and messengers earning £1 per week. At first recruits endured poor accommodation, inadequate conditions and were dubbed “£3-a-week war dodgers” by the public who thought they were choosing an easy life. After many recruits left to join the war effort, the Government passed a statutory order preventing full time members resigning. Once the Blitz started, attitudes towards the volunteers quickly changed and they received the recognition they deserved. 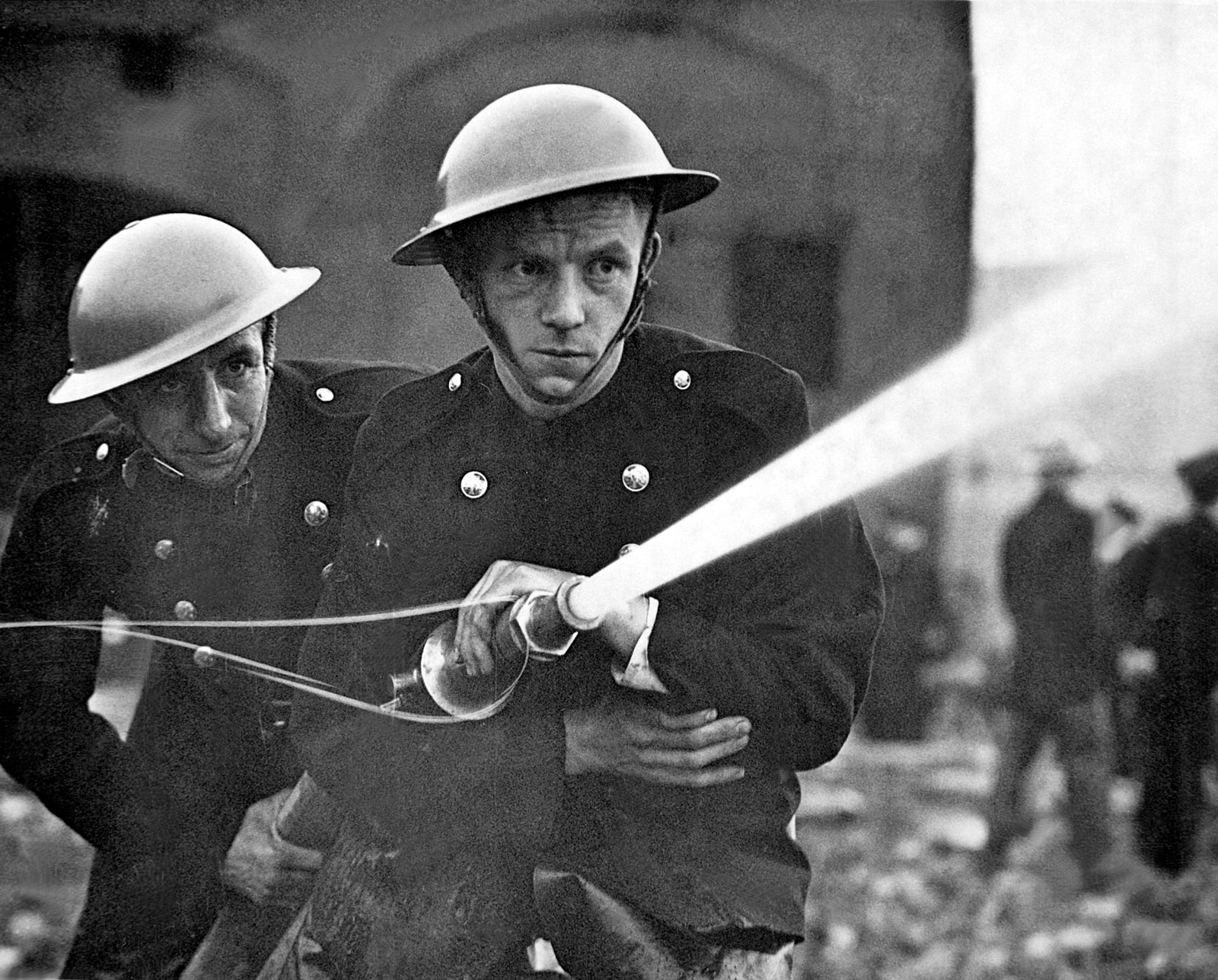 In the last quarter of 1939 Ronald married Stella Irene Lillian Taylor in Mitcham in Surrey, there is online oral testimony that Ronald travelled from his wedding on a fire engine, which certainly fits from a timeline perspective and his role within the AFS at the time. Just before her marriage Stella was living at 20, Poplar Grove, Maidstone in Kent. Her occupation was given as clerk, civil servant, Ministry of Labour. However, she was registered to vote at her parents’ address at 81 Links Road, Tooting, the same year, suggesting that the move to Kent might have been a temporary one given the onset of war.

So far, there appears to be no record of any children of the marriage between Ronald and Stella, but of course without any direct contact with a family member, it’s difficult to say with one hundred percent certainty that the couple did not have any children. The couple were only married for such a short space of time, before tragedy struck on that fateful night in April 1941 and the young couple were robbed of the chance of starting a family. Their lives changed forever and their future so cruelly taken away from them before it had even begun. We can only imagine the heartbreak that a loss like this can bring to the loved ones.

Following Ronald’s death, the National Probate Calendar shows an administration to his widow Stella worth £475. The address given was 81 Links Road, Tooting.

Ronald Mark Bailey was buried with his fellow Beckenham Firefighters at Beckenham Cemetery. On the 25th April 1941, Nineteen of the Twenty-One Beckenham Firemen were buried in a mass grave at the Beckenham Cemetery, after a memorial service at the parish church of St. George by Canon Boyd and a solemn procession through the town. The grave was dug entirely by their comrades and was softened by masses of daffodils. The 19 coffins were placed in St. George’s church on the Wednesday before the service and guarded by Firemen. The 19 coffins were borne from the church to the hearses by 114 bearers from the Beckenham AFS. As they left they passed between the lines of The Guard of Honour lining the path to the lychgate. The silence and peace was deeply affecting, all the traffic through the town had been stopped. The bearing of the coffins to the hearses seemed endless. As the Chopin Funeral March was played, the procession of hearses, firemen, service personnel, 19 cars with the families of the deceased and two fire appliances loaded with a mass of flowers, left on its journey to the Beckenham Cemetery. It took half an hour for the procession to pass any point on the route to the Cemetery. After the coffins had been placed in the grave, posies and bunches of flowers were dropped in and there were 350 wreaths. A plaque at the graveside read;

“We remember proudly the deeds of these bravemen, martyrs in the cause of liberty”. 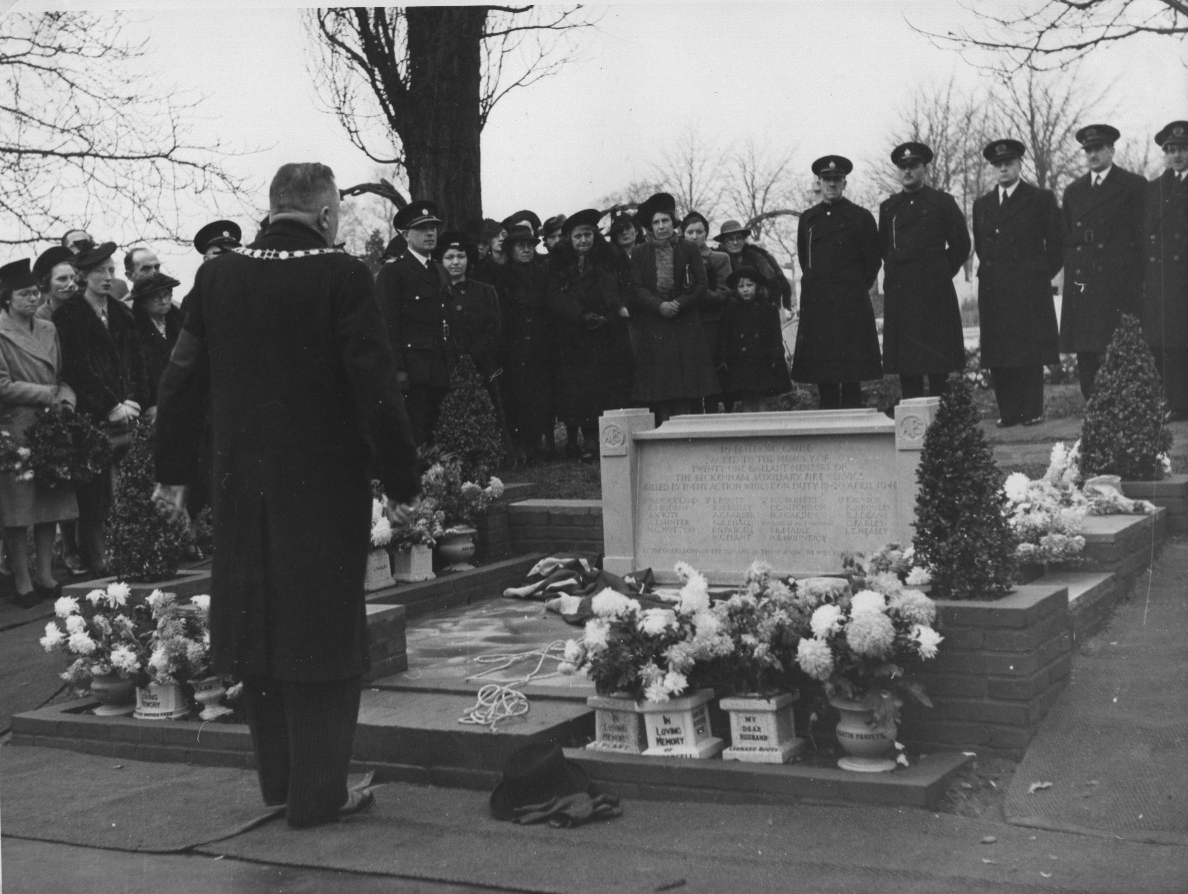 In 1949 Ronald’s widow Stella married Leslie E Simms in Surrey and she lived until 1974, dying aged 60 in Eastbourne in Sussex.

Sadly the records can only give us a glimpse of the life of Ronald Mark Bailey, they do not give us any clues what he was like as a son or husband. We hope in time that we can add some more personal details that will give a true reflection of the man and the sacrifice that he gave in the name of King and Country.