The London Fire Brigade War Memorial, was erected to members of the Fire Services who lost their lives during the Second World War. Seen here at the conclusion of the dedication and unveiling ceremony which took place on 10th April 1956, with additional flowers placed by relatives and friends.

The memorial, which occupies a bay in the entrance of the former London Fire Brigade Headquarters in Lambeth, was erected to record the names of the London firemen and firewomen, both regular and auxiliary, who lost their lives in the line of duty, as a result of enemy action in London and the UK in World War Two. The memorial itself depicts St. Paul’s Cathedral set amid smoke and flames. Beneath the symbolic representation of the fire attacks on London is affixed a brass inscription which reads`:

IN MEMORY OF THE MEN AND WOMEN

OF THE FIRE SERVICES OF

WHO GAVE THEIR LIVES

On either side of the bay and flanking the central feature are cheery-veneered panels inscribed with the names of 414 men and women, 67 of them regular members of Fire Brigades in the London Civil Defence Region and 347 of them were members of the London Auxiliary Fire Service who died during World War II. 316 Men and 8 women were killed by enemy action whilst on duty, 19 died as a result of seeing active service and 36 died whilst serving with His Majesty’s Forces.

“On the outbreak of World War II, the regular firemen of the London Fire Brigade and of the other Fire Brigades of the London Civil Defence Region were joined by the men and women of the Auxiliary Fire Services who had enrolled for war time service.

Each brigade retained it’s own identity but all worked side by side to fight the fires caused by German bombing during the blitz of 1940-41. On the creation of the National Fire Service in August 1941, these brigades were combined to form the fire defence of the London Region and fought the later incendiary, flying bomb and rocket attacks” 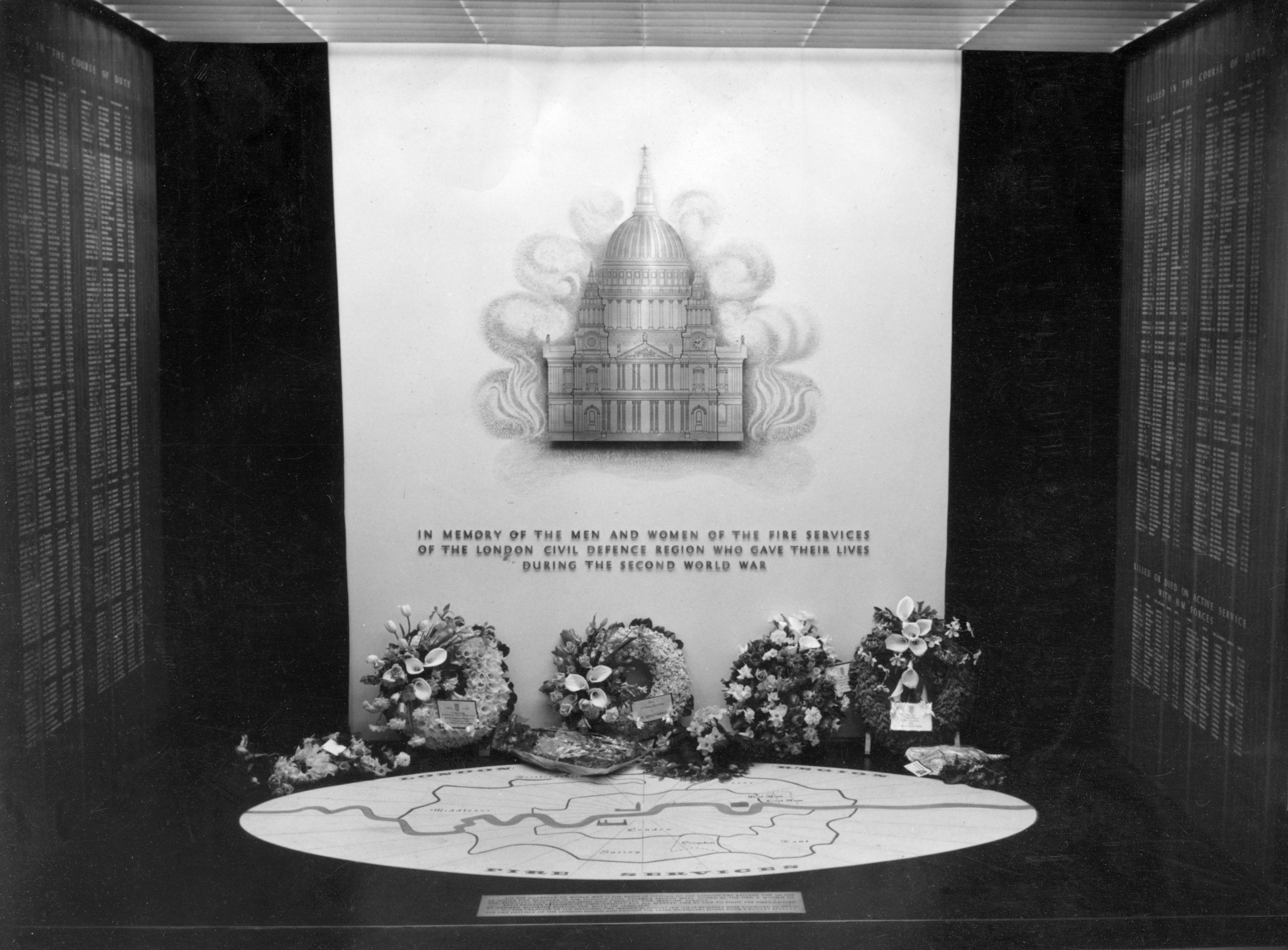 The following order of proceedings for the unveiling and dedication of The London Fire Services War Memorial 1939-1945 was kindly given to me by Stephen Rashbrook, the nephew of AFS Fireman William Thomas Rashbrook. 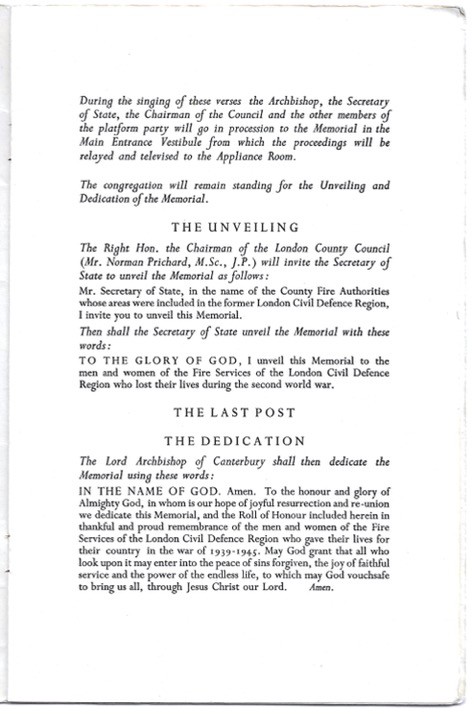